Kjell B. Døving was a biologist and worked as a professor in physiology at the Institute for Zoophysiology at the University of Oslo. He was an expert on the sense mechanism, and particularly on the scent sense, in fishes.

An important research question for Døving was: How do fish orient themselves in order to seek out and find the foodstuffs of interest?

By untangling chemical substances one by one and testing these for each fish species, it has been possible to understand the chemical preferences for each species. Døving and Jan W. Sissener developed a cooperation about tracing and identification of each and every attractant and stimulant that each fish species prefers. Through this work, Attraqua has acquired much knowledge about substances which attract fish (attractants) and substances which cause the fish to accept what they get into the mouth and swallow it (stimulants).

When we talk about chemical substances, we are thinking of identified molecules, not extracts. The various substances are mixed together in a way to achieve an optimal combination of those molecules which in the best possible manner attract and stimulate the fish species we wish to catch. Since various fish species have different preferences, this means that in many cases our products will act to repel other (undesired) fish species.

With the chemical signals such as odour and taste quickly being diluted in water, there has been a challenge to determine substances which attract fish over long distances. The difficulty here is that the substances in question exist in minute quantities and that they are not well known. The concentration of them must be enriched in order to enable us to identify them.

With hundreds of hours of systematic deductive experiments observing the behaviour of fish in aquaria, the result is a very definite and specific bait. Some fish species like many of the substances and some others like only a few.

By combining the substances in a certain way, we can arrive at a mixture that will act much more efficiently on some fish species than on others. And since we have identified the alluring agents, we can strengthen the efficient action so that our baits will have a longer range of performance than a natural bait. 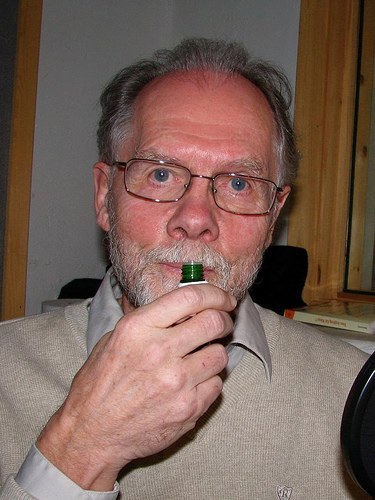